Between 20th and 30th April 2019 a delegation from the Indonesian provinces of Papua and West Papua (covering the western half of New Guinea) visited Scotland to learn from people in the Hebrides about what it takes to rekindle and govern community, and to share their own experience with these things.  Most of the delegation’s time was spent meeting with Community Land and Development Trusts on the Hebridean island that is known as Harris in the south and Lewis in the north.

The core of the delegation were village leaders from a range of island settlements involved in community-based ecotourism and who are members of the Raja Ampat Homestay Association (PERJAMPAT). The Association represents around a hundred indigenous, family-run, ecotourism businesses dedicated to sustaining their island home and way of life.

A report on this event was presented in the Anual General Meeting in October 2019.

May 2019: 21st Century Internment Camps: Identity and Security in Xinjiang

This talk analyses the social and political dynamics behind China’s ethnic minority policy shift towards “fusion” that has culminated in both mass extra-judicial internment camps and the “One-Belt-One-Road” foreign policy initiative. The talk draws from ethnographic fieldwork during the riots of 2009 and the latest official documents from the 19th Party Congress and Xinjiang Working Group meetings. It argues that the party-state exacerbates cycles of insecurity in the region by targeting Uyghur identity as a threat to China’s existence and provoking Uyghur resistance to official policy.

About Dr David Tobin: Hallsworth Research Fellow in the Political Economy of China at the University of Manchester. He is currently researching how postcolonial relations between China and the West shape foreign policymaking and ethnic politics in contemporary China. His forthcoming book with Cambridge University Press, Securing China’s Northwestern Frontier: Identity and Insecurity in Xinjiang, analyses the relationship between identity and security in Chinese policy-making and ethnic relations between Han and Uyghurs in Xinjiang.

Sociocracy is a model for both decision-making and governance that allows any organisation to behave as a living organism; self-organising and self-correcting. The term literally means governance-by peers, however it is sometimes referred to as Dynamic Governance.

This workshop was led by Kim Scott and aimed at how we empower and connect teams and improve continuously over time. Participants were given practical tools and embodied knowledge of Sociocracy.

Scotland has a variety of environmental problems, including flooding, soil erosion, water quality and biodiversity loss. What these problems have in common is that they could be ameliorated by a relatively simple intervention: maintaining and encouraging wetlands. We might try to do this for ourselves, but much better would be to encourage beavers to do the job. They’re good at it, they’re highly motivated and very persistent, and they’re cheap with it. But beavers and beaver wetlands would not be a free lunch: there would be costs and conflicts, albeit these could usually be mitigated.

Dr Richard Horobin is a biologist, consultant and Honorary Research Fellow in the School of Chemistry at the University of Glasgow.

November 2019: Like Leaves We Fall, sharing ideas about migration, borders and ecology through wee talks

How do we create a hospitable environment within a hostile environment? With the uncertainties of Brexit, we are falling into a new era of instability. To soften a hard landing, we work together to move into a phase of renewal, turning leaves into mulch to stimulate new growth. We celebrate migration, and embrace a world on the move as our ecosystems continue to unravel. How can we actively nurture and strengthen old and new networks of solidarity and mutual support?

December 2019: Invading the Skin of the Earth

A series of discussions around archival films related to the subject of extractivism and our relation to the surface of the earth, in two parts:

An evening using archival films looking back at crofting and farming in Scotland to frame a discussion about the future of farming, extractivism and agroecology.

An evening using archival films looking back at coal mining in Scotland and the UK to frame a discussion about the impact of coal industries and extractivism on communities & the environment today. Drinks and snacks provided.

With Mike Small (Bella Caledonia, Enough!), Dr Maria Antonia Velez Serna (Communications, Media and Culture, University of Stirling) and Chris Silver, a writer and researcher who will tell us about his month-long journey visiting coal mining communities and spaces of resistance across Europe. 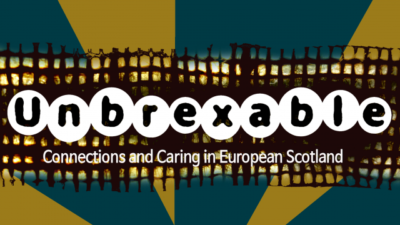 Like Leaves We Fall – Solidarity and the Brexit zeitgeist 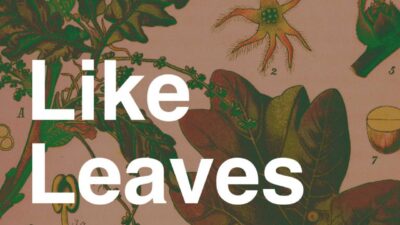 COVID-19 and the Amazon